The 2016 ASEE Robotics Competition was held in New Orleans, LA. The 2016 competition required teams to design a robot (or robots) that could traverse a maze-like course and deposit plastic rings into red boxes along the way.

Cedarville designed two robots, named Sonic and Tails, to traverse the field in different directions, share the work, and complete the task much quicker. Sonic travelled along the outside of the field, while Tails covered the inside area of the track.

Sonic and Tails were 3D printed and fitted with an Arduino Due and custom designed PCB. The robots were equipped with line sensors to follow the black lines, wall sensors to follow alonside the walls, and a "snorkel" sensor which determined when the arm passed over a wall and dropped the rings accordingly. 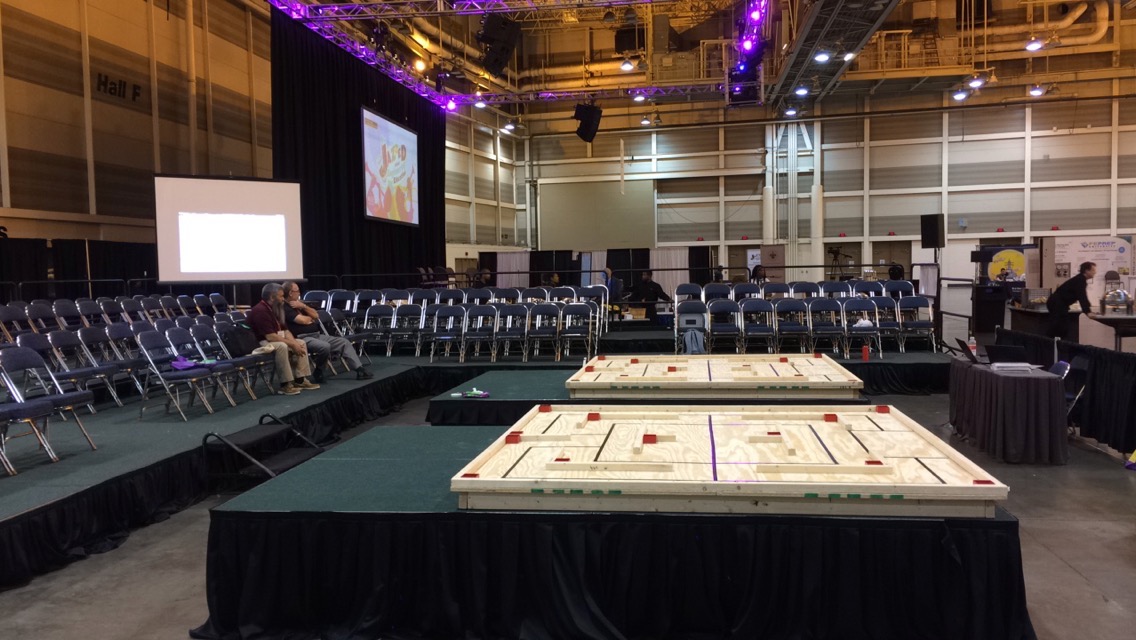 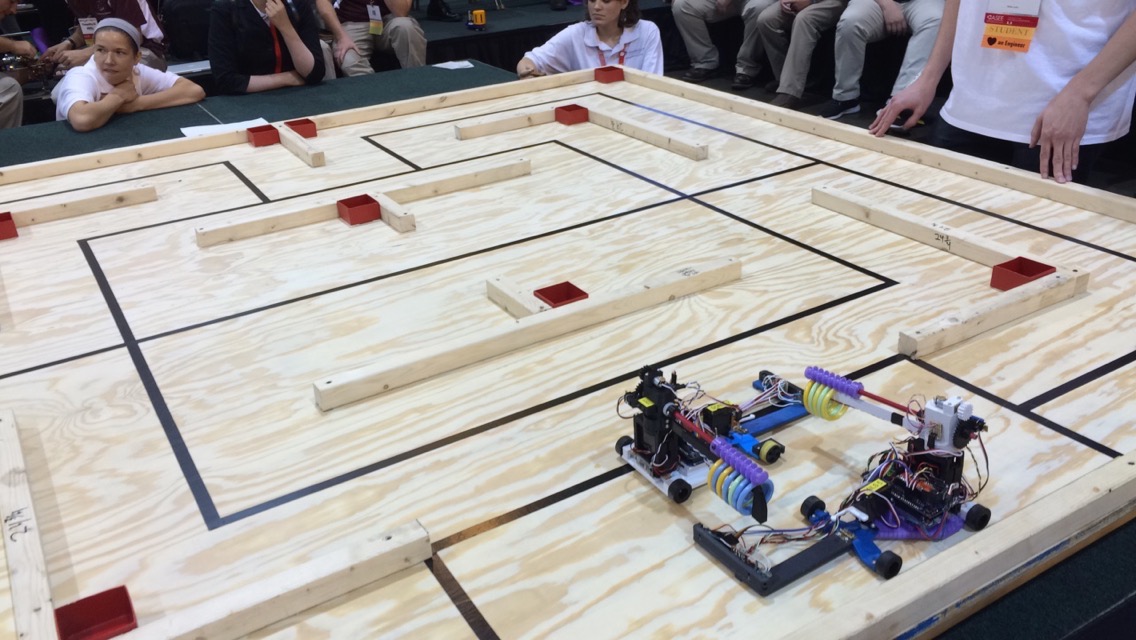 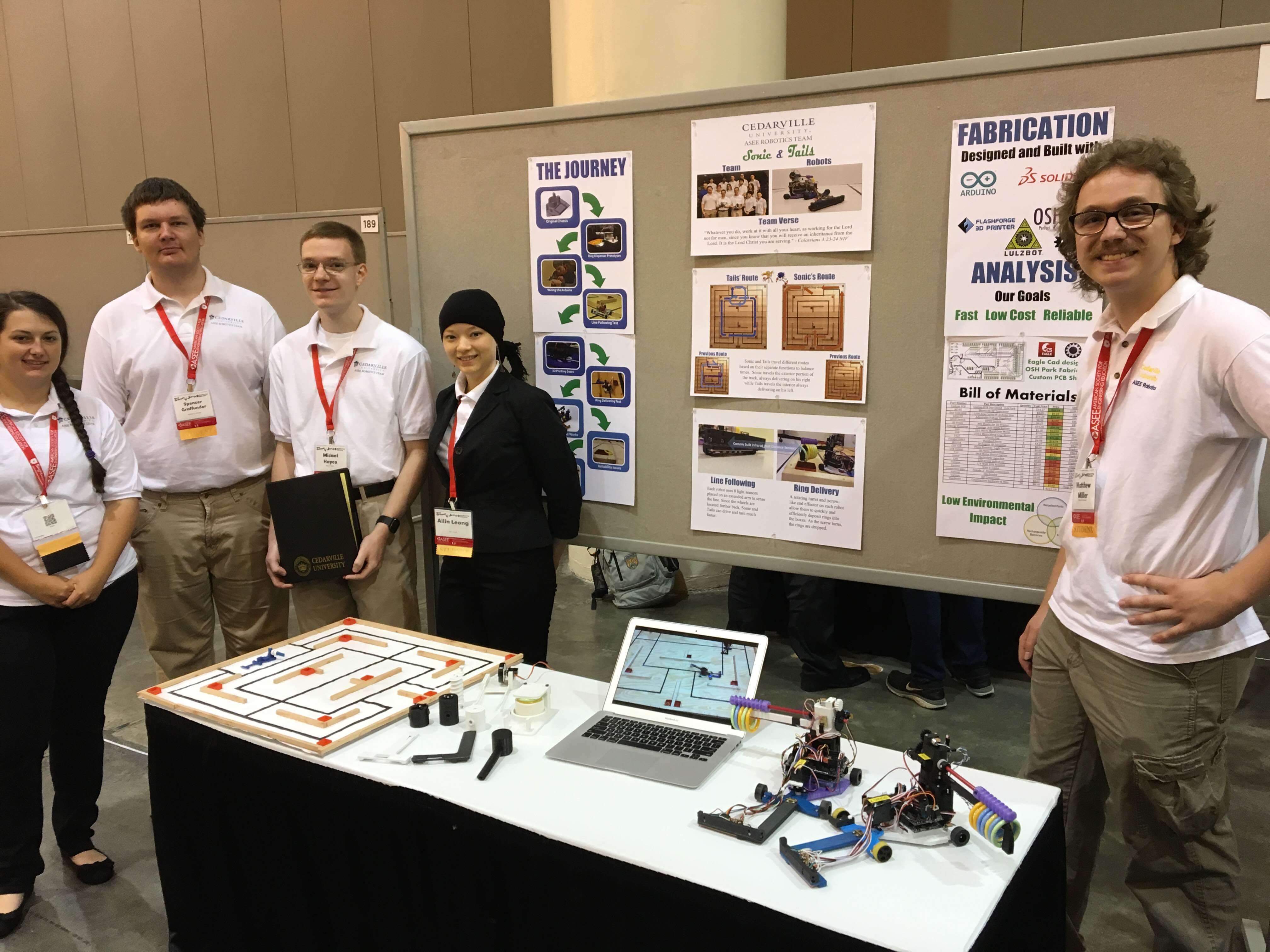 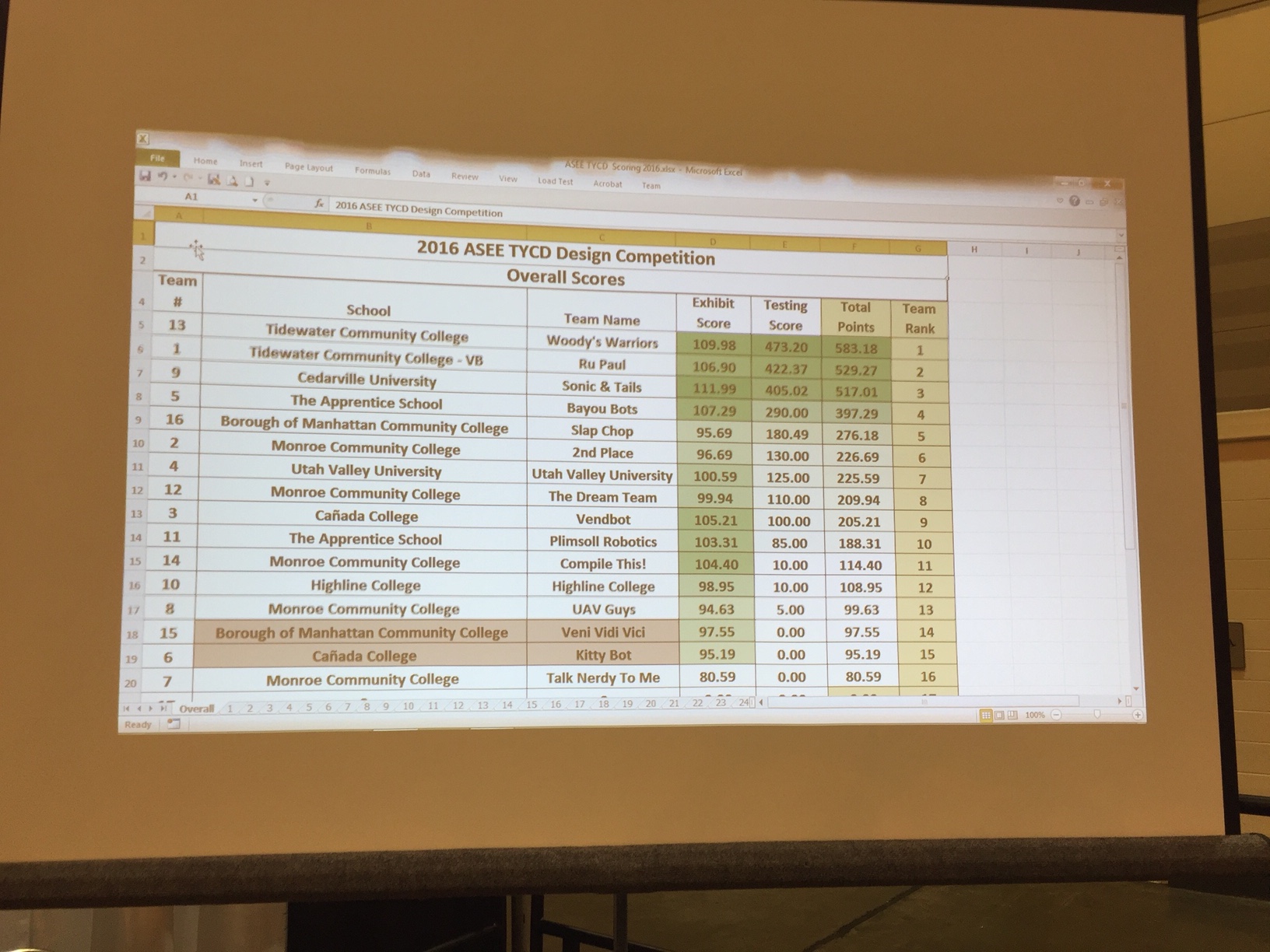 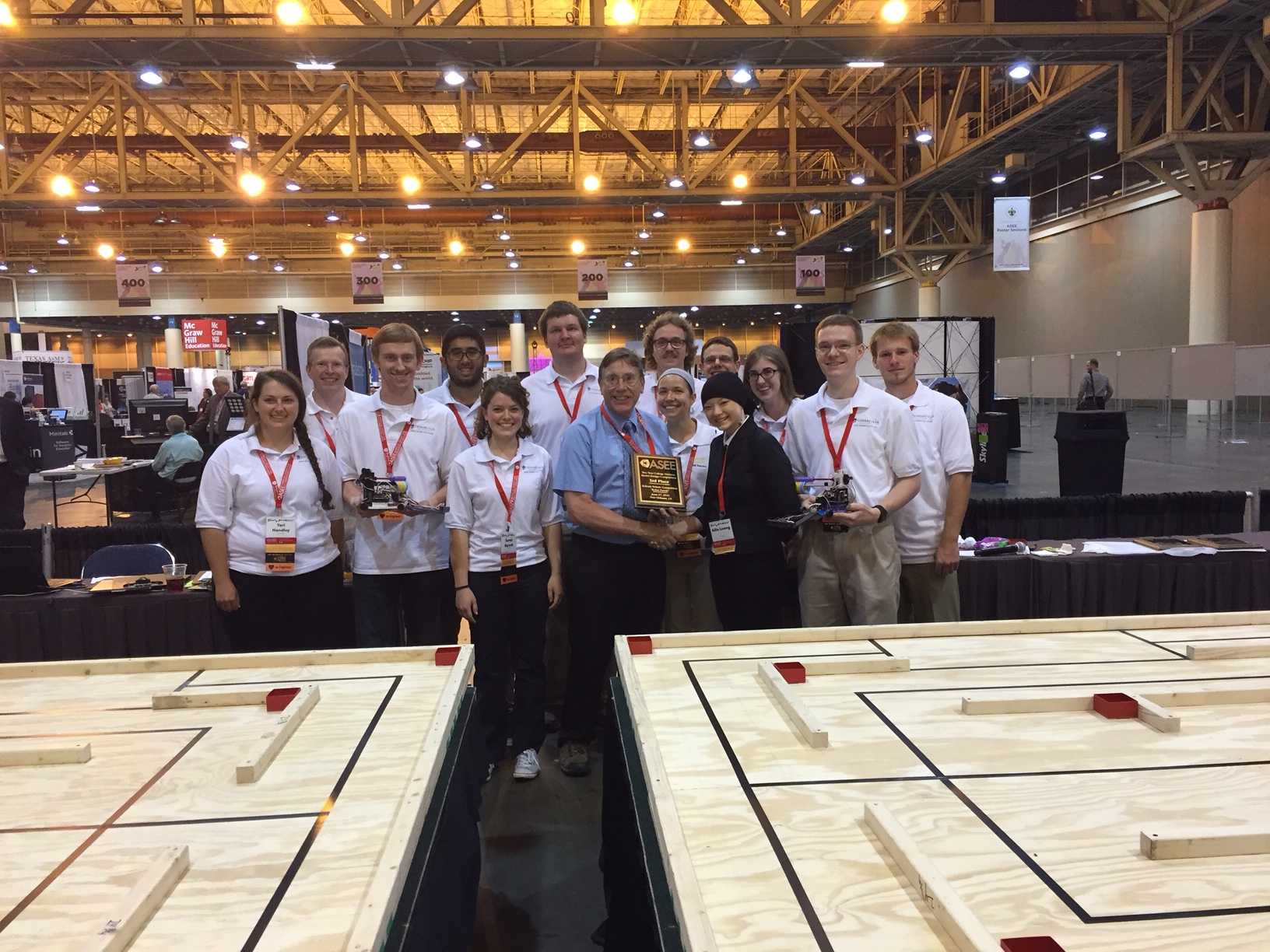 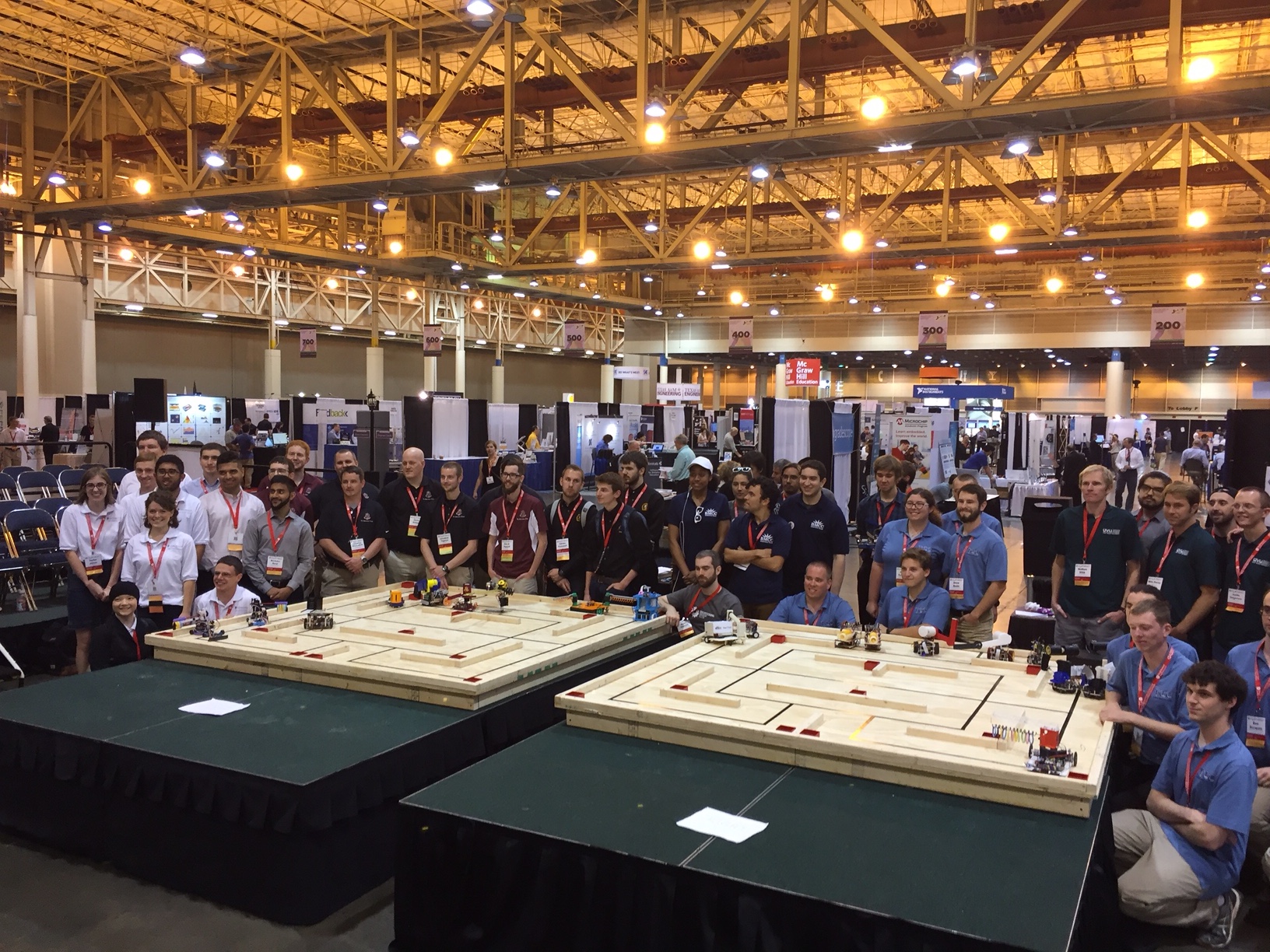