The 2015 ASEE Robotics Competition was held in Seattle, WA. The 2015 competition required teams to design a robot (or robots) that could collect randomly colored fish from prescribed locations and deposit them in designated areas.

Cedarville designed their entry, the Hermit, to remain stationary in the center of the field and slowly rotate an arm around the field collecting fish and placing them into designated buckets which were later dumped in the correct containers.

The Hermit was 3D printed and fitted with an Arduino and custom designed PCB. The robot were equipped with a line sensors to follow the black lines to the drop off locations, and a color sensor in the arm that would sense what color the fish was. 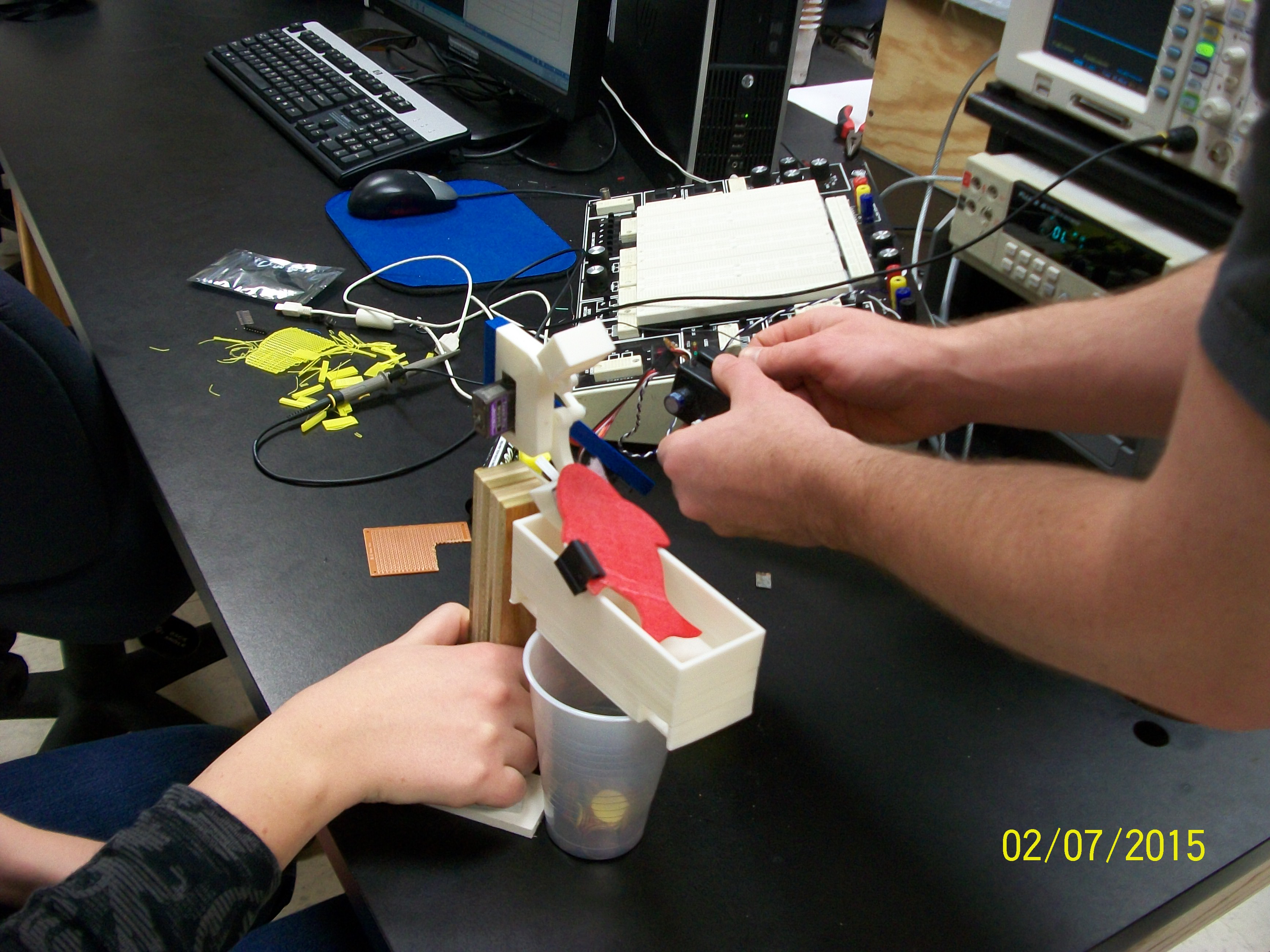 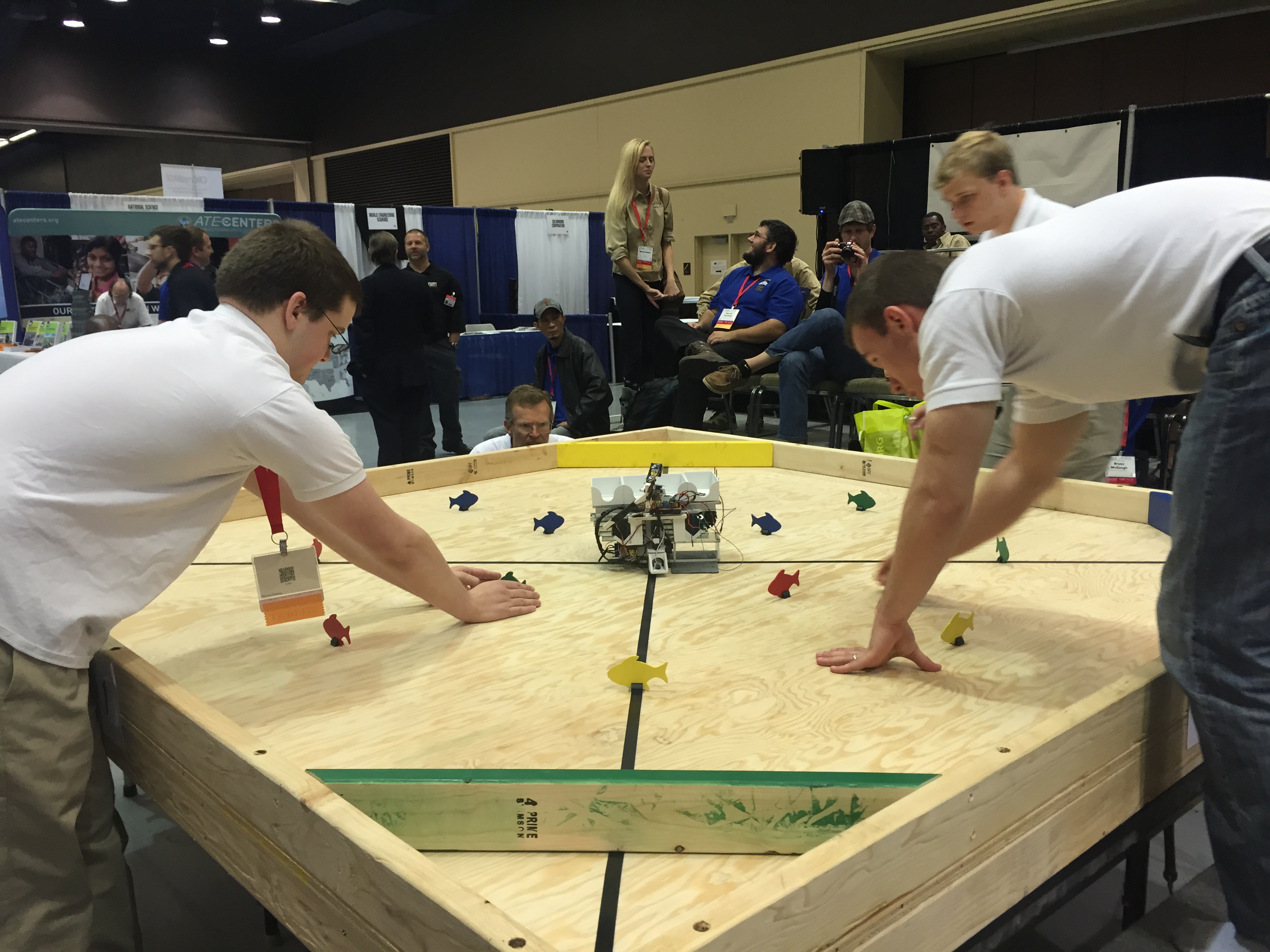 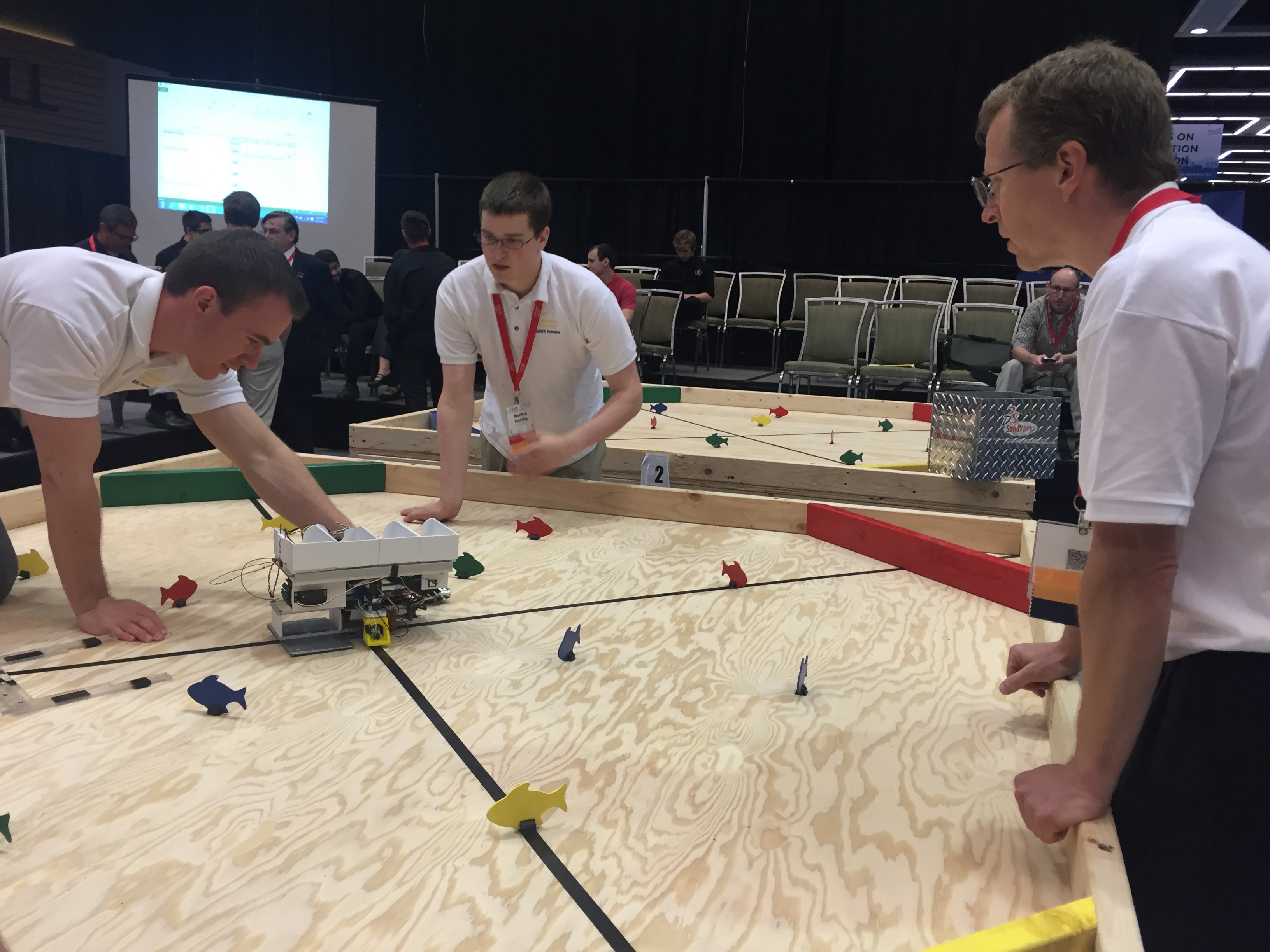 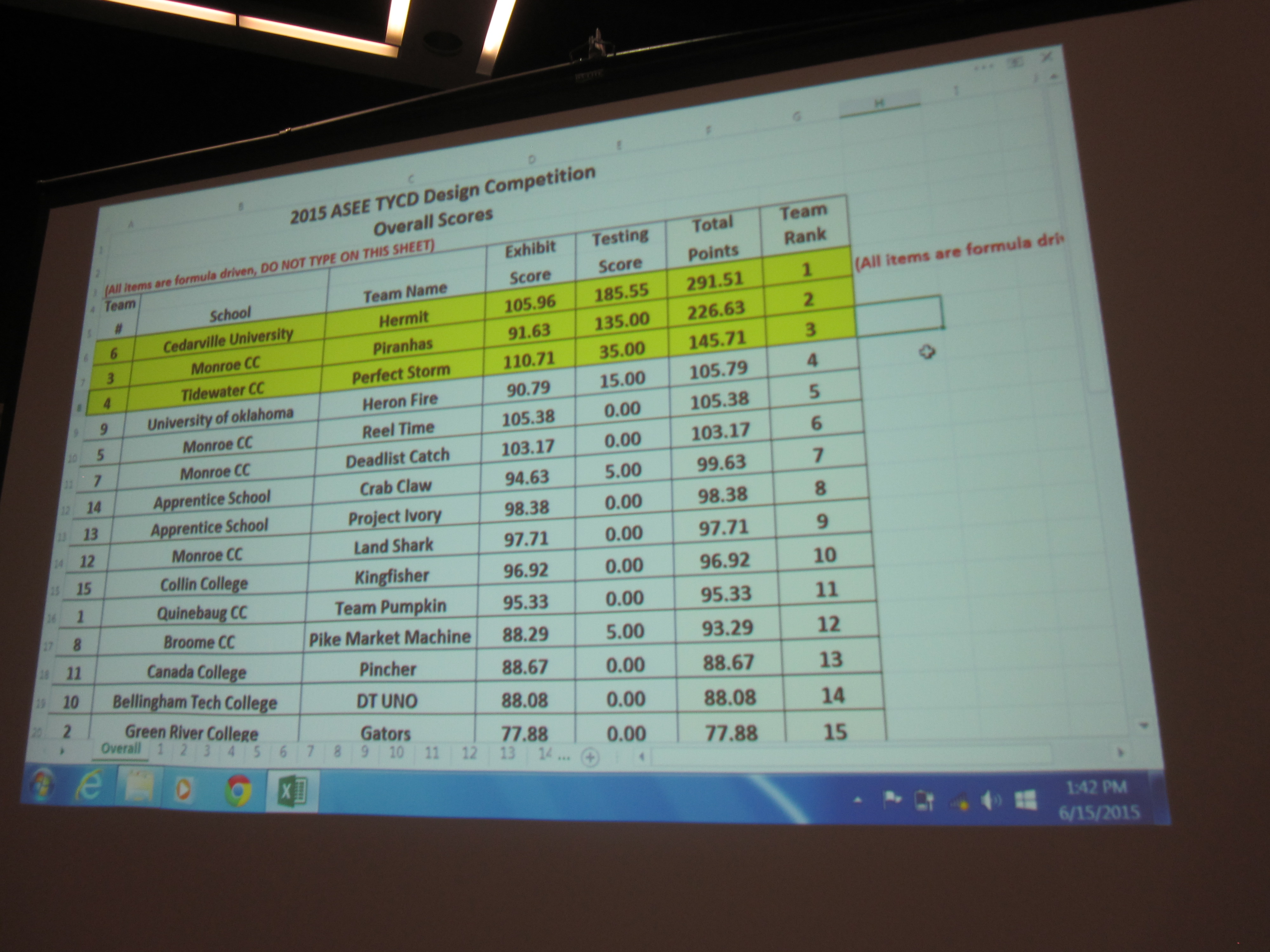 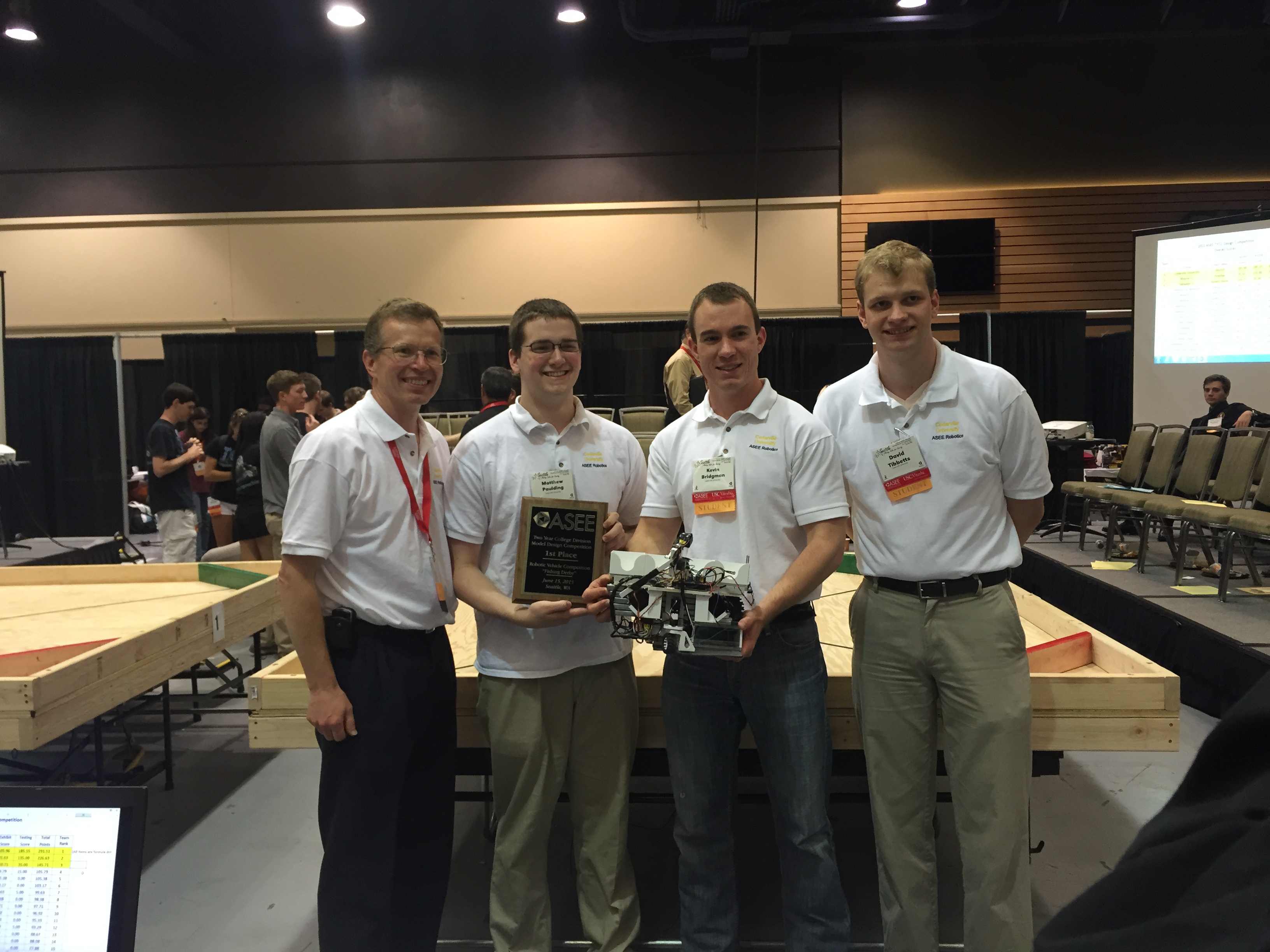 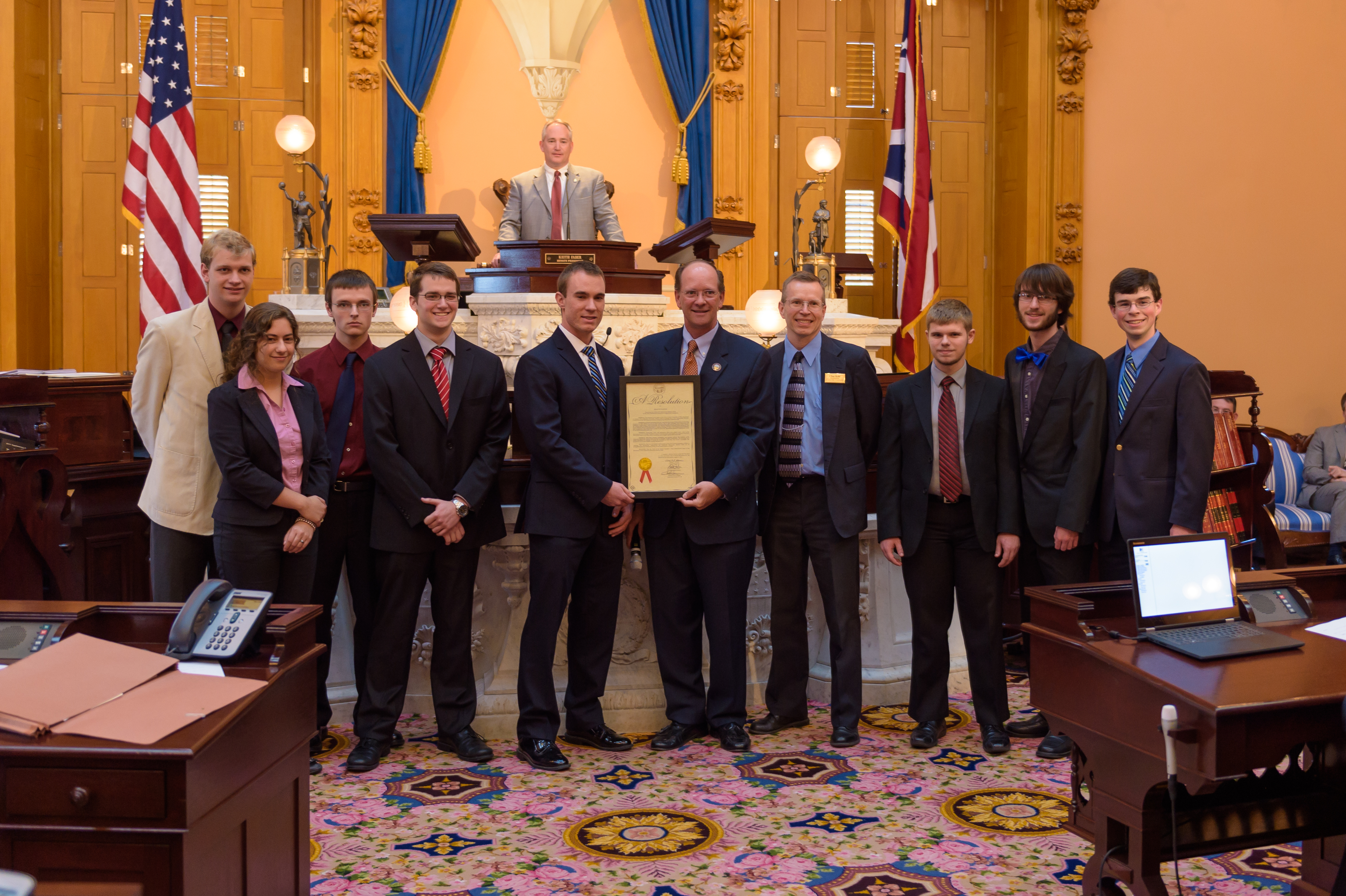