The Tornado and The Whirl

The 2008 ASEE Robotics Competition was held in Pittsburgh, PA. The 2008 competition required teams to design a robot that could collect ping pong balls from a wall-filled course and deposit them into a designated area.

Cedarville submitted two seperate entries into this competition, The Tornado and The Whirl. Both robots used a clever fan device to suck ping pong balls into a holding area. The Tornado was equipped with extra-large tires which enabled it to traverse the walls in the course.

Cedarville placed third in this competition. 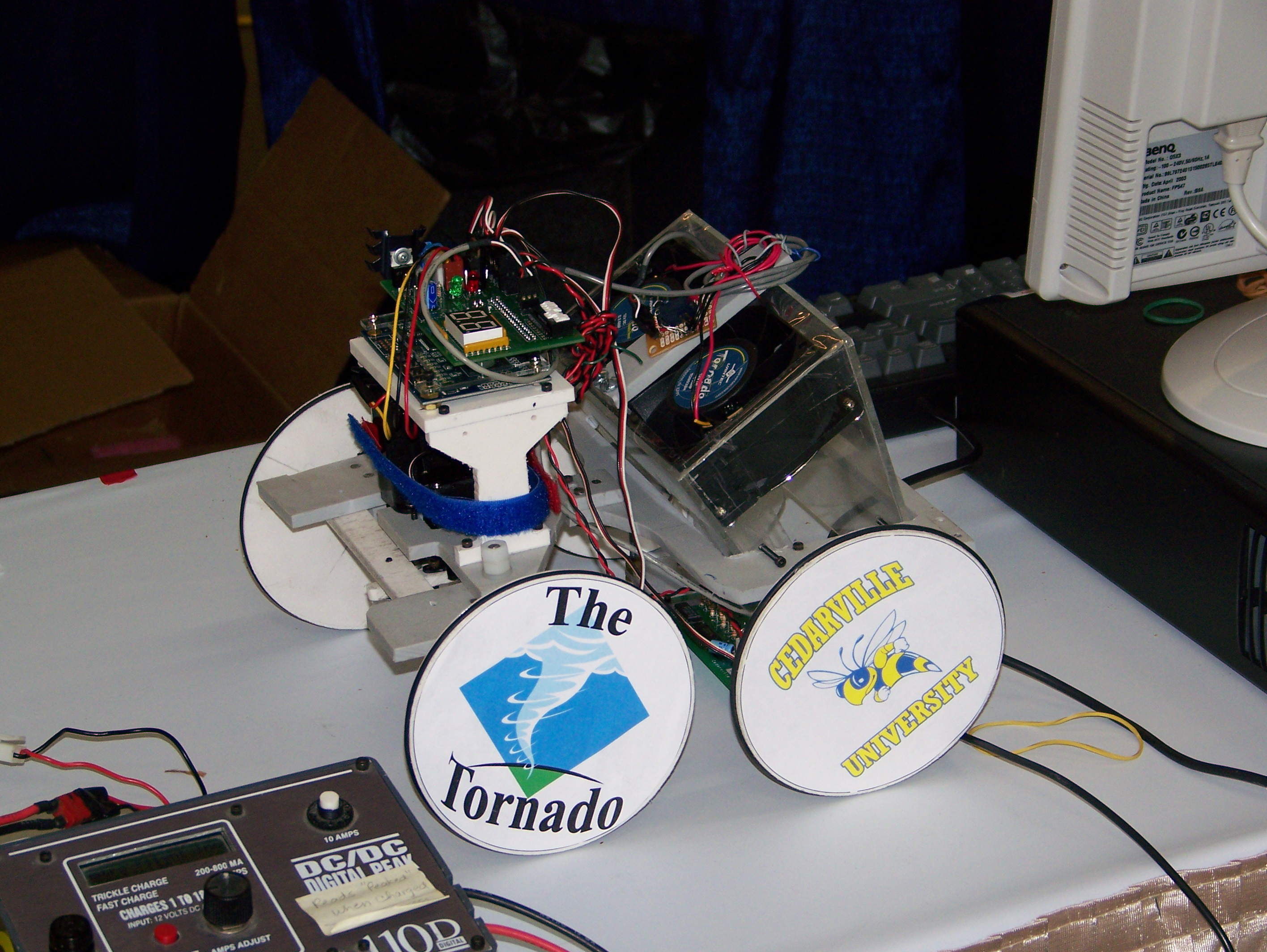 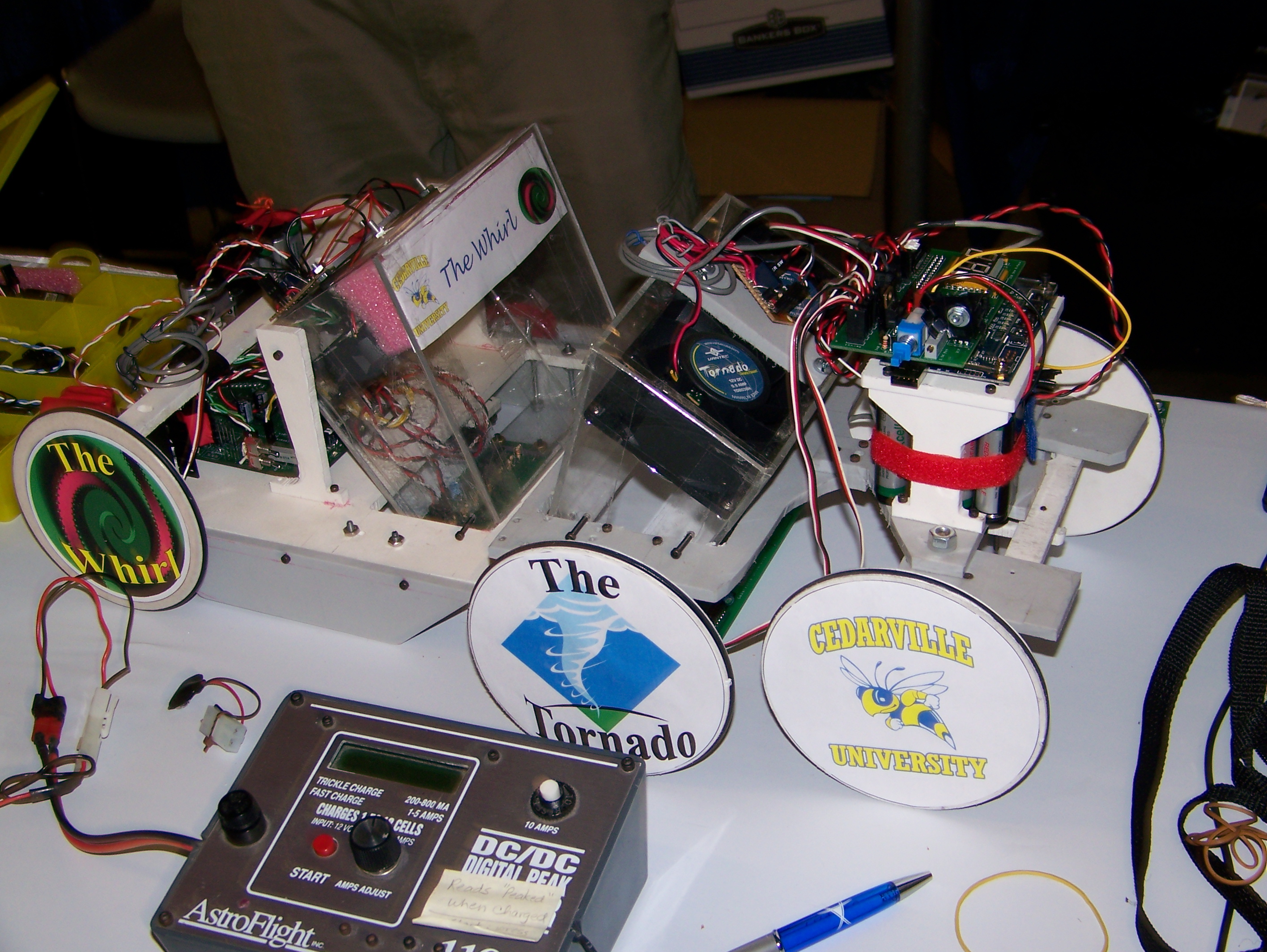