The Tortoise and The Hare

The 2003 ASEE Robotics Competition was held in Nashville, TN. The 2003 competition required teams to design a robot that quickly navigated a track.

Cedarville's two entries, The Tortoise and The Hare, circled the field quickly by line following and took advantage of a sloped shortcut.

Cedarville placed first and third in this competition. 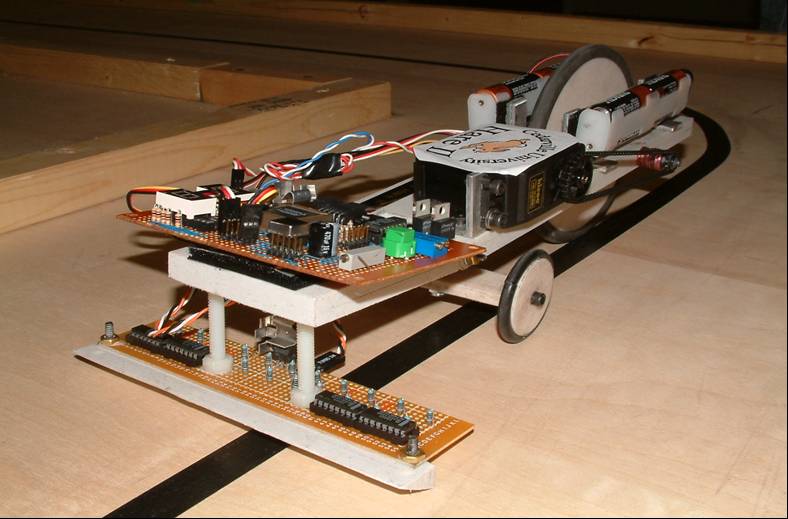 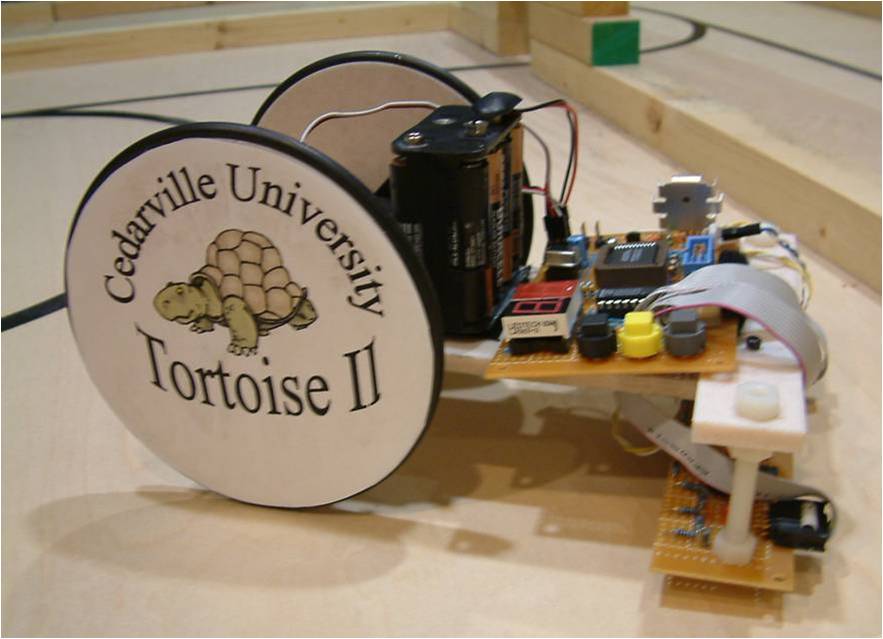